Google+ has a successful launching, with today more than 90 millions of users. Thanks to a good buzz in the beginning and a very good integration to the others Google services, Google+ still expect to reach 400 millions of user by the end of the year. 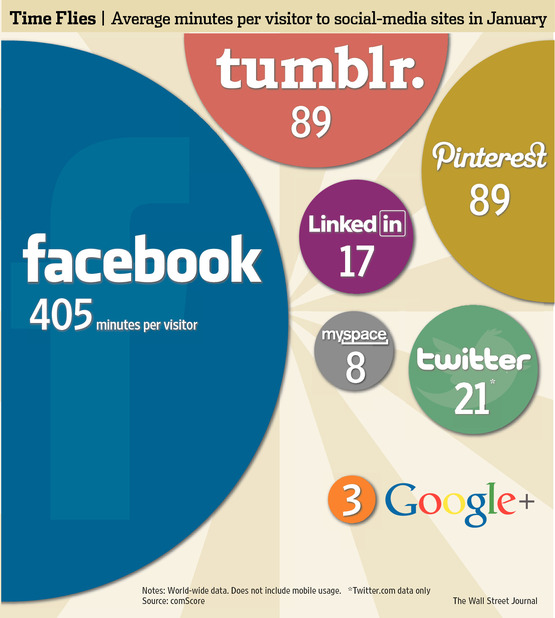 The problem seems that users don’t really use the product. By focusing too much on the users amount, Google+ still doesn’t find a right positioning between Facebook & Twitter. If there is no reason to stay, users don’t… That’s why Google+ is way behind all the others social networks by counting the average time by user on in January.

Brands and companies (as users) don’t invest time on because they don’t see what value-added bring Google+.

I think Google need to still invest on games, and features with a lot of values-added (pictures sharing, customization profile, etc…) if they want to keep on Google+. Nobody want to stay in a ghost town…